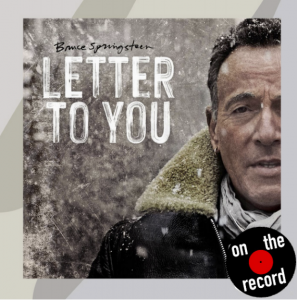 When I was a freshman in high school, the English teachers had everyone write letters to their future selves. The idea was that we would get the letters back at the end of senior year, after four years of whatever the hell had been thrown at us, and we could reflect on the kids we were then versus the young adults we had become. They encouraged us to write about both our academic and personal goals — the things we hoped to achieve by the time high school came to end.

I don’t remember ever getting the letter back and I cannot, for the life of me, remember what I wrote. Probably something generic about doing well in classes, making new friends, and skipping off to college.

But, of course, it didn’t really matter. What did matter was that by the time my senior year was over, I knew beyond a shadow of a doubt that I was a wholly different individual from the rather awkward 14-year-old who had entered high school four years before. I didn’t need to read the letter to know I had grown.

I didn’t write a letter to myself at the beginning of college, but if I had, I likely would have written about hoping for a new set of open doors, opportunities to travel, lifelong mentors, etc. Some of those things were accomplished, others less so.

Bruce Springsteen’s latest record is titled Letter To You, but it reads more like a letter to himself. He has, quite literally, gotten the band back together — it’s the first album he’s done with the E Street Band since 2014. The boss has returned to his gritty, garage rock roots.

Springsteen, in my mind, has always been best when he allows himself to access the most isolated, lonely, damn near miserable parts of himself. He did it on Nebraska, he did it on The River, and it appears he’s done it again.

“Faded pictures in an old scrapbook / Faded pictures that somebody took / When you were hard and young and proud / Back against the wall running raw and loud.”

Now that he’s weathered the storm that is rock ‘n’ roll for some 50 years, Springsteen finally has the advantage of looking back on his decades through his valiant, rowdy earlier days. In writing those songs he was, essentially, writing little letters to himself.

Perhaps he’s reading those letters over now. On this album he’s brought back one of his most beloved characters, Janey, along with just about every other Springsteen trope you can think of — trains, rivers, loud guitars. But this isn’t Born To Run, it isn’t even The River. And though it’s often difficult to think of Springsteen as an aging old man, (he still plays three hour concerts at age 71), he’s reached a critical turning point in his songwriting career: the point at which he can reflect and see how he became the person he is today.

“Things I found out through hard times and good / I wrote ’em all out in ink and blood / Dug deep in my soul and signed my name true / And sent it in my letter to you.”

Springsteen has also reached another point: he knows his voice is more powerful than silence.

“There’s no art in this White House. There’s no literature, no poetry, no music,” he said on his radio show “From My Home to Yours,” last week. “Where’d that country go? Where did all the fun, the joy, and the expression of love and happiness go?”

We’ve heard this before. Where have all the flowers gone? This time, instead of going to the wartime graveyards, they’ve gone to the ICU beds and emergency rooms. There are roughly 230,000 of them now.

If the United States could write a letter to our former selves, collectively, what would we say? That we wished we could have seen the red flags sooner? That we would have paid more attention to the fact checkers? That we would have considered the impact our personal actions would have on others more seriously? What about if we could write a letter to our future selves? What hopes would we have? The first step to writing that letter happened on Tuesday, November 3rd, 2020. We have the rest of the letter to write now.