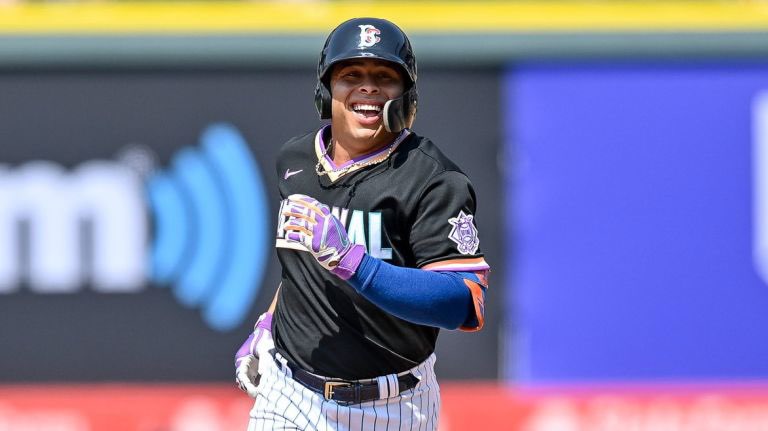 On any given night from April to October, Mets fans can ride the 7 train and watch some of baseball’s brightest stars take the field and dazzle on the diamond.

There is no shortage of excitement around Citi Field these days. With the team locked in a tight playoff race, Jacob deGrom pitching a Cy Young caliber season, and Pete Alonso obliterating baseballs in the Home Run Derby, the Mets have certainly become a team to watch.

And right now, while the current Mets stars show out in Queens, there is a future Mets star already making a name for himself just down the Belt Parkway.

Francisco Alvarez, a 19-year-old catcher from Venezuela, is the Mets number one ranked prospect. Alvarez currently plays for the Brooklyn Cyclones, the High-A affiliate of the New York Mets located at Maimonides Park on Surf Avenue in Coney Island. At only 19, he has quickly demonstrated the makings of a future All-Star.

In 45 games for Cyclones, Alvarez has 9 home runs and an above-average on-base percentage of .331. He also displays fantastic physicality with “his exceptional physical strength and explosive swing,” an MLB’s official scouting report noted.

“Alvarez appears poised to do damage each time he steps to the plate,” the report continued.

On top of his impressive showing thus far, Alvarez had the honor of being selected for the 2021 MLB All-Star Futures Game, a showcase of the best talent Minor League Baseball has to offer. Though only getting one plate appearance on the big stage, Alvarez made the most of it, crushing a home run and helping the National League team crush the American League 8-3.

While currently slugging his way through the minor leagues, the excitement around Alvarez, who is ranked a respectable #34 overall on MLB’s Top 100 Prospects list, is not lost on baseball fans.

“It’s awesome to see guys like Alvarez,” said Brooklyn Cyclones fan Derek Myers, a senior at Brooklyn College. “Guys who could be major stars someday…you get to watch them before they’re larger than life.”

Fans like Myers have a right to be excited about Cyclones games. Maimonides Park in Coney Island allows fans to watch young talent, like Francisco Alvarez, blast home runs against the stunning backdrop of Coney Island’s famous boardwalk. Much like Alvarez, Brooklyn has been home to even more top prospects this season.

Brooklyn Cyclones Shortstop Ronny Mauricio also ranks on MLB’s Top 100 Prospects list, and Third Baseman Brett Baty, who played for the Cyclones before getting promoted to the Double-A Binghamton Mets in mid-July. Along with Alvarez, they make up the Mets’ three most anticipated young stars and one reason for baseball fans to swing down to Coney Island.

When all is said and done, Mets fans hope that Francisco Alvarez can join the likes of Gary Carter and Mike Piazza in the Mets history books. But for now, fans have the chance to watch him put on a show in Brooklyn and maybe ride the Cyclone after.