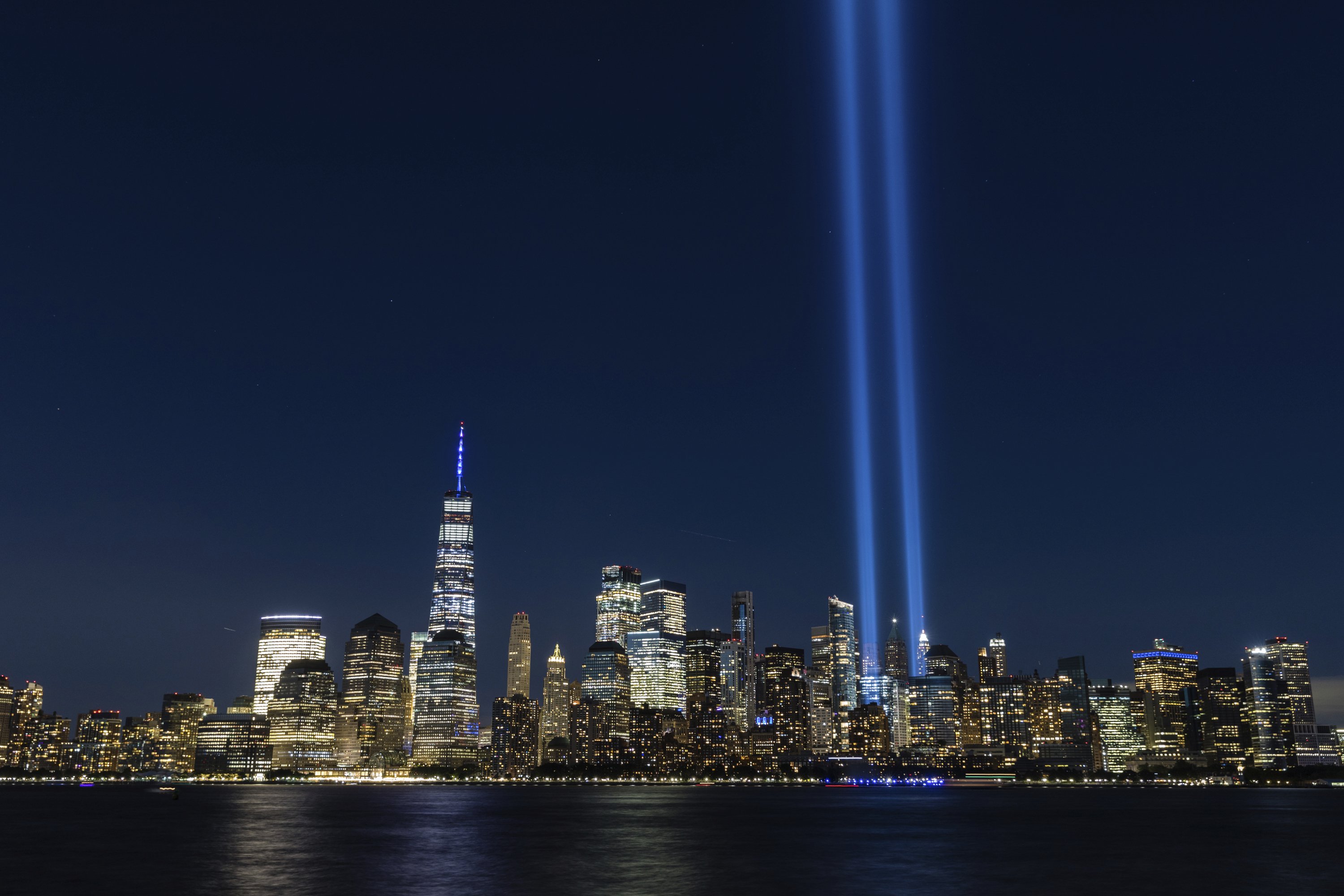 Many CUNY Students were not yet born twenty years ago during 9/11./Stefan Jeremiah of APNews.com

For many children who lived or were yet to be born twenty years ago during 9/11, piecing together what happened that day started at an early age. To many CUNY students who have no recollection of the attacks, the saying “never forget” translated into their classroom memorials and annual lessons of how 2,996 lives were lost.

“I feel like it’s kind of surreal that someone lost a loved one or survived for the same amount of time I’ve been alive. I think it’s astonishing,” Janely Ortiz, a Queens College student, told The Vanguard.

The immense deaths and injuries inflicted during 9/11 remained in the memories of many students who initially depended on anecdotes to fill in any blanks. For Ortiz, her earliest memory of hearing about the attacks was in second grade. In remembrance of the World Trade Center attacks, she and her peers took a moment of silence at 8:46 am and 9:03 am, when airplanes hijacked by militant Islamist al-Qaeda members flew into the North and South Tower.

It wasn’t until two years later that the tremendous death toll took her aback when she saw the graphics in documentaries. “As you get older, you start thinking about the small things, how some worked at the towers but missed the train that day or their kid got sick,” Ortiz said. “It’s like, ‘Wow, you could’ve not been here today talking about this or crying about a loved one that passed away.’”

Though two decades have rolled by, many students find themselves still remembering the stories and agony of their fellow New Yorkers who lived to tell what happened.

“Although I wasn’t there, it was still the year that I was born. It was still a part of the history of the city I grew up in,” Brooklyn College student Eliana De Sa told The Vanguard. “I would hear the panic about people retelling the story. It was such a shocking moment for everyone, that they didn’t know what to respond.”

De Sa was in kindergarten when she first got word of Sept. 11, only a year after moving from her native Argentina. Hearing about the attacks in her new city was unsettling after being raised in a different country for the first four years of her life. As a kid traveling to the United States with a foreign passport, she noticed the intense airport security, assuming that the tightened protocol was in response to the hijacking of 9/11.

However, once De Sa grew older she understood how the day had a much bigger impact–it further shifted people’s perceptions of immigrants and Muslims. “I could see how differently I was treated in comparison to using the US passport which I got later on,” she said. “I guess people started to ‘watch their backs more’ and I definitely think it instilled that fear that translated to xenophobia.”

On several college campuses, including Brooklyn College, the NYPD spied on Muslim students in the years that followed the attacks. Hate crimes against Muslims surged 500 percent from 2000 to 2009 in the United States, as reported by NPR. Additionally, under President George W. Bush, surveillance programs were implemented, including a registry of people from Muslim-majority countries that led to thousands in detention.

“We definitely [should] honor the lives that were lost on that day, but also how life has changed after 9/11,” said Faiza, a Hunter College student who did not wish to share her last name.

Faiza distinctly remembers the day when Osama Bin Laden, one of al-Qaeda’s founders, was killed by US Navy Seals. While she was sitting in class, her fifth-grade teacher described Muslims as “extremists” and criticized the use of burqas. As a then 10-year-old Muslim girl, born in Bangladesh and living in the Big Apple, she felt targeted and uncomfortable.

“I don’t know how to explain it, but I felt like she was blaming the religion in a way,” Faiza said. “The first thought that came to my head was, ‘She’s describing us… me.’”

As time passes, and the stories of 9/11 are shared with younger generations, these CUNY students believe that the death toll and its aftermath will remain unforgettable. Faiza and De Sa, who both aspire to lead their own classrooms one day, plan on sharing different 9/11 anecdotes and experiences to ensure the memory of those lost withhold the test of time.

“I think it’s important when we recognize that history isn’t just words in textbooks. It’s a real story that affected real lives, which is why it’s important we learn about it,” De Sa said.