Just weeks ago, newscasters urged individuals within the Bahamas area to take cover and prepare for what was to come. While some fled to neighboring areas such as Florida, others decided to ride the storm out. Even after Hurricane Dorian, a Category 5 storm hit the Bahamas, has dissipated, it remains clear that massive recovery is in effect.

According to Dave Bryan, Assistant Dean for Student Services, “CUNY is invested in providing support for families,” impacted by natural disasters such as these. Student organizations at Brooklyn College such as the Caribbean Student Union are providing their support by collecting donations and imperishables that will be sent to the Isle Vibes association,

“Raevon Wheatley and Isa Mitchell came to me and said that this is what they wanted to do,” said Bryan in reference to two seniors involved in the hurricane relief effort. To Bryan, Brooklyn College students are so special because they “just want to help others…That is integral to our students. They are always ready to help,” said Bryan.

Bryan mentioned that “it is only human to want to help in any way you can” and that the impacts of something anomalous like Hurricane Dorian can happen to anyone. “I would hope someone would come to my rescue if I needed help,” he says. This is why it makes Bryan happy to see that the students are coming up with ways on their own in which they can assist people in need. 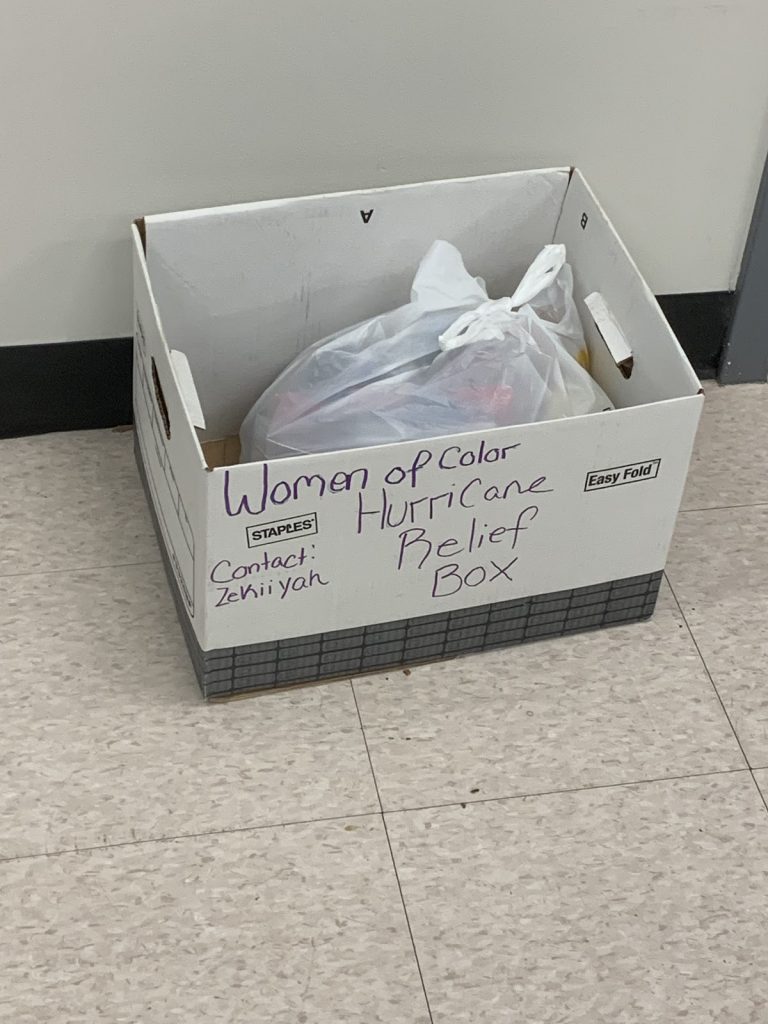 Bryan gives all credit to the students. “I’m there for direction, but the students come up with the ideas,” he said.  Isa Mitchell, the president of the Brooklyn College NAACP chapter and the Women of Color Club, says that they plan to ship everything in the first week of next month.  Mitchell is a senior at Brooklyn College, and as Bryan emphasizes, Mitchell believes that “the student leaders of Brooklyn College are always on the frontline to help those in need.”

According to Bryan, students on campus have always wanted to help people, but the school did not initially have a plan to get in touch with organizations outside of the New York area to offer support.

“We try our best to make sure that students affected by any kind of hardship are taken care of,” says Mitchell.  She continues by stressing that regardless of if those suffering are local to the New York area or internationally, “we are all a family and when there is a cry for help, student leaders on campus are there for support.”

Raevon Wheatley, a member of the Caribbean Student Union, has personal connections to what happened in the Bahamas. His girlfriend, Brittaney Pratt, a student attending college in Florida, has family members that live on an island in the Bahamas. Both Wheatley and Pratt are involved with Isle Vibes to transport donations to Florida, where most victims of Dorian fled after the disaster.

According to Wheatley, the roof of the church that her family attends was damaged.  Luckily, Pratt’s home is okay, but “everyone there is lending a helping hand,” to reconstruct the damage.  Initially, Wheatley was hesitant to ask the school for help involving the hurricane relief efforts, but to his surprise, the school was willing to help.  “I went to Dave with Brittaney and honestly I was nervous to come to the school about this, but they were all very supportive,” says Wheatley.

“It is heartwarming to know that Brooklyn College supported the hurricane Dorian relief efforts in the Bahamas,” says Wheatley.  As Mitchell states, “Brooklyn College students care about each other and those around us.”

Bobbie Bell is local to the New York area and is pursuing a Bachelor's degree, majoring in Journalism and Media Studies. She covers a variety of news topics ranging from both hard and soft news. This includes entertainment news as well. She believes that everyone has their own story to tell, and is dedicated to sharing stories that have the ability to inspire and impact others.
View all posts by Bobbie Bell →
← Newer Post
Corrinne Greene Challenges USS Disqualification
Older Post →
CBS’ “God Friended Me” Shoots on Campus