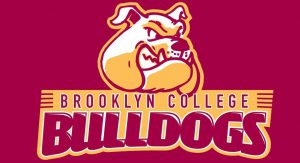 When Brooklyn College closed in March 2020, Ken Broman, the Assistant Athletic Director and Recreation and Events Manager at Brooklyn College, decided to keep students engaged by encouraging them to stay active through various events like bike rides or runs. To do so, he launched BC’s Recreation Group, where keeping students together during the pandemic is a top priority.

“It’s about the community,” Broman told the Vanguard.“We are not looking for winners. We are looking for people to reach their personal bests. And that’s the focus really.”

To join, all Recreation participants need to download the Strava app where they share their results and achievements in completing a certain activity. “We are using it mainly as a community, and for individuals to track their personal growth,” said Broman. “One of the big things with Strava is not so much competition, it is about individuals progressing and being the best version of themselves.” All new events are posted in the app, so any member can join. This April, the club hosts Health Walk, Not April Fools Day 11K Fun Run, and April Flowers 15 Mile Mini Fundo Bike Time Trial during the month’s final week.

Broman noted that there are no winners in the Recreation Group events because “recreation was never about the competition.” All members post their results, and there is a leaderboard with the most active participants, but it only shows the hours spent on doing the tasks, not the actual results. “It’s not about how fast you are in the club. It’s about how much you’re putting into it in terms of time,” he said.

The hardest part, Broman says, was getting people to join the group. It first started with a few staff members, and the participant turnout slowly grew bigger. Now the group has 187 members, including alumni from all over the world, current BC students, and staff. “At first, we had 10 members for a while, then 18, 20… and it seemed to take a little bit getting off the ground,” he said. The Recreation Group used their Instagram account, the BC Athletics page, and email blasts sent from Alumni Engagement to promote their monthly activities.

The organization plans to keep going when campus opens in the fall, “It’s here to stay. It has a place within recreation right now,” Broman said. Once BC makes its return to campus, Broman is looking forward to seeing all the club members. “A lot of people I’m not familiar with necessarily have joined the club,” he said. “And for those that are in the area and will be participating in recreation on campus, I’m looking forward to seeing them as well, and meeting them, and discussing things of the club with someone, their personal growth.”

Broman believes that meetings in person will be different from the ones that are held online, “It’s almost two different things,” he said. Now, the club members are exercising on their own, putting their achievements on the app, so the format of the Recreation Group will probably have to change slightly when they all get together in one space. For now, Broman is planning to host some events throughout the summer.