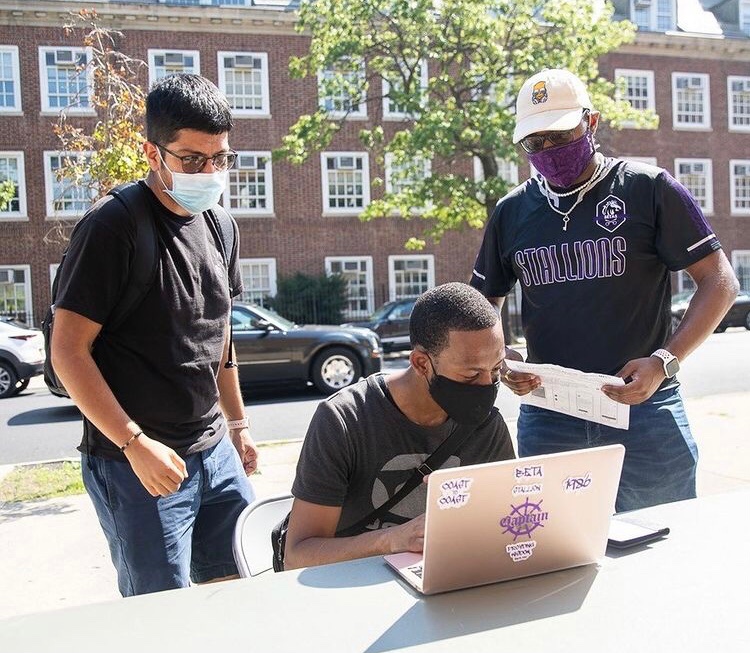 Students returned to campus for the first time on Aug. 25./Brooklyn College

With classes returning to an in-person format, it would seem as if Brooklyn College may finally be going back to normal after a year and half of most classes running online due to COVID-19. For some students, this has been a step in the right direction as their Brooklyn College experience so far has been limited to zoom.

This was the case for Amaya Belcher, a political science major at Brooklyn College who had never stepped foot on campus until the semester began last week.

“Being a college student with the idea of going to class, was something I didn’t have to do for the past two years,” Belcher told The Vanguard. “I went from just being in-person in high school, to being in front of my laptop for hours a day.”

For Belcher, this was not all bad as she felt safer at home, but she couldn’t help but feel that she was missing out. “The whole thing I missed during quarantine was being in the classroom, kind of bouncing off my fellow students and my teacher,” said Belcher. “I would be able to ask questions or have a really good discussion about what we’re learning.”

This feeling also rings true for Alexandria Woolfe, a junior majoring in journalism and film at Brooklyn College.

“You are not as encouraged to ask questions on zoom. You’re a bit more nervous,” she said. But with in-person classes, Woolfe explains, it’s a complete 180. “You hear other people’s thoughts speaking aloud, then you see other people and what they’re writing. I think being in a classroom setting is also good mentally as well.” 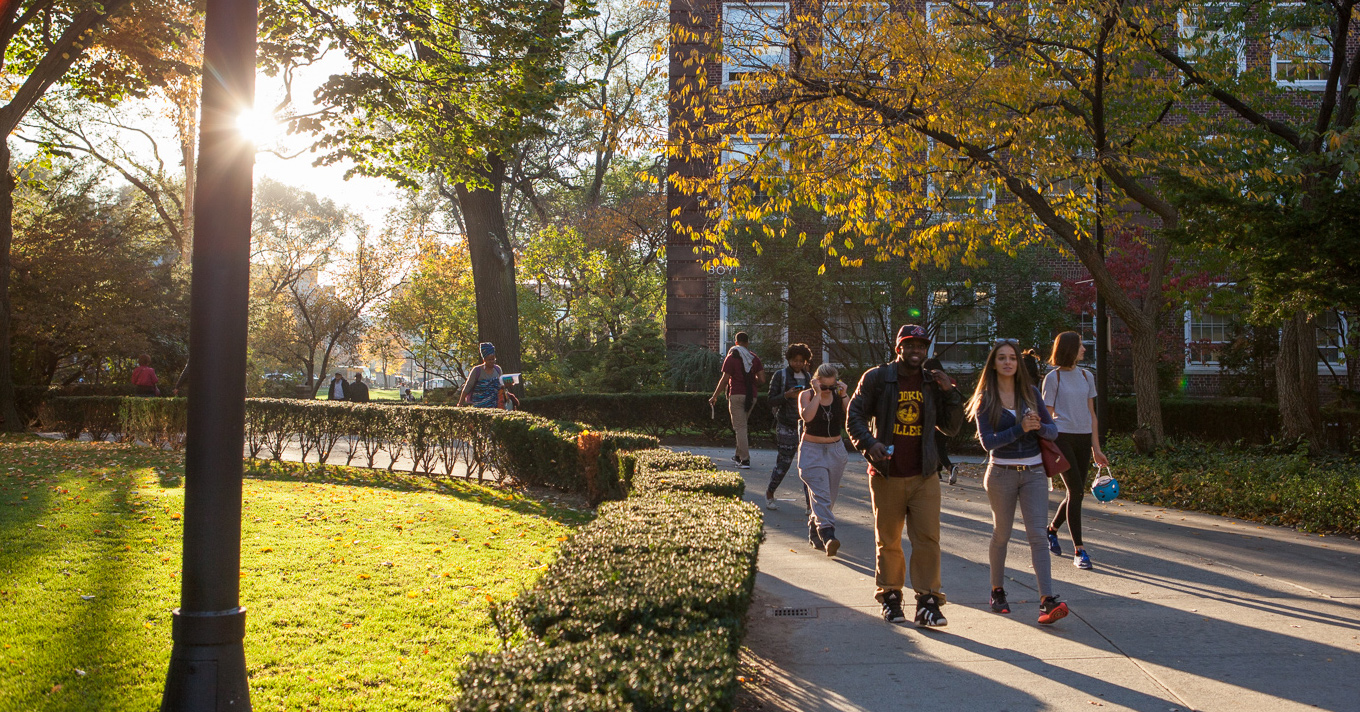 For sophomore Musa Esa, in-person classes enable him to have a better learning experience that just can’t be replicated over zoom. But, since all his classes are virtual this semester, he prefers to go outside of his home and onto the Brooklyn College campus. “I’m more of a visual learner. I like being face-to-face more than online,” Esa said. “I just do my online classes in the library because I need some fresh air.”

Both Belcher and Woolfe were excited to return to campus this fall for classes, but they remain concerned for their safety and of those around them.

As the delta variant keeps spreading, Woolfe became concerned that many on campus wouldn’t want to wear a mask. “I understand that the mask makes it a little hard to breathe at times, but as long as we’re wearing them we’re doing our part,” she said.

With that in mind, Woolfe felt comfortable enrolling in an in-person Television, Radio and Emerging Media course for this semester, and she was eager to see how Brooklyn College would handle the safety protocols. So far, she has been pleased with the measures and thinks the Everbridge VaxPass requirement is what sets Brooklyn College apart in regards to safety.

“I think it’s safer than what the rest of the city is trying to do in terms of making sure everyone is vaccinated, because you know, a lot of people are trying to fake their vaccination cards instead of getting the vaccine,” Woolfe added.

For Belcher, however, this process was far from straightforward in the beginning. On her first day of in-person class, she headed to campus with her Brooklyn College ID in hand but did not realize she needed the VaxPass. Belcher also did not know that there were certain checkpoints that provided access to campus. When she arrived, Belcher saw a large group of students crowding near the campus and noticed the main gates were closed.

“If I knew beforehand, I would’ve taken care of it a while ago,” she said. “It seems as though they sent the email while I was on campus, which at that point, it was pointless to me.”

In spite of recent challenges, Brooklyn College’s administration has been providing regular updates about returning to campus through email, social media, and the Brooklyn College website. In April, Brooklyn College President Michelle Anderson began penning “Return to Campus” letters with updates concerning requirements and what was being done to ensure a safe return to BC.

“Safety is our highest priority. We strictly follow or exceed guidance from city and state health officials and CUNY,” Ronald Jackson, the Vice President of Student Affairs, told The Vanguard. “Remember, people spread COVID-19, not the campus. Therefore, it’s important that each person who comes on campus does their part to reduce the chance of spreading COVID-19, which includes vaccinations and regular testing.”

To Belcher, Woolfe, Esa, and many students like them, these public health protocols are paramount despite the effect it may have had on their college experiences and sentiments of missing out.

“You’ll kind of look back at it, if you didn’t lose anybody, as ‘Wow, that was crazy.’ If you did, you may not want to remember it,” said Woolfe. “It was traumatic for everyone.” 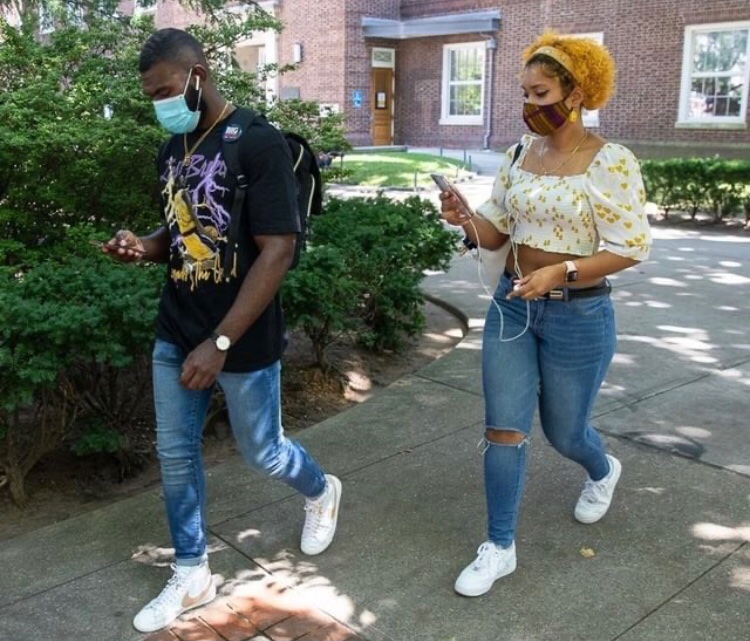 For Esa, these times where he was apart from BC classrooms will remind him to “try to make every moment count.”