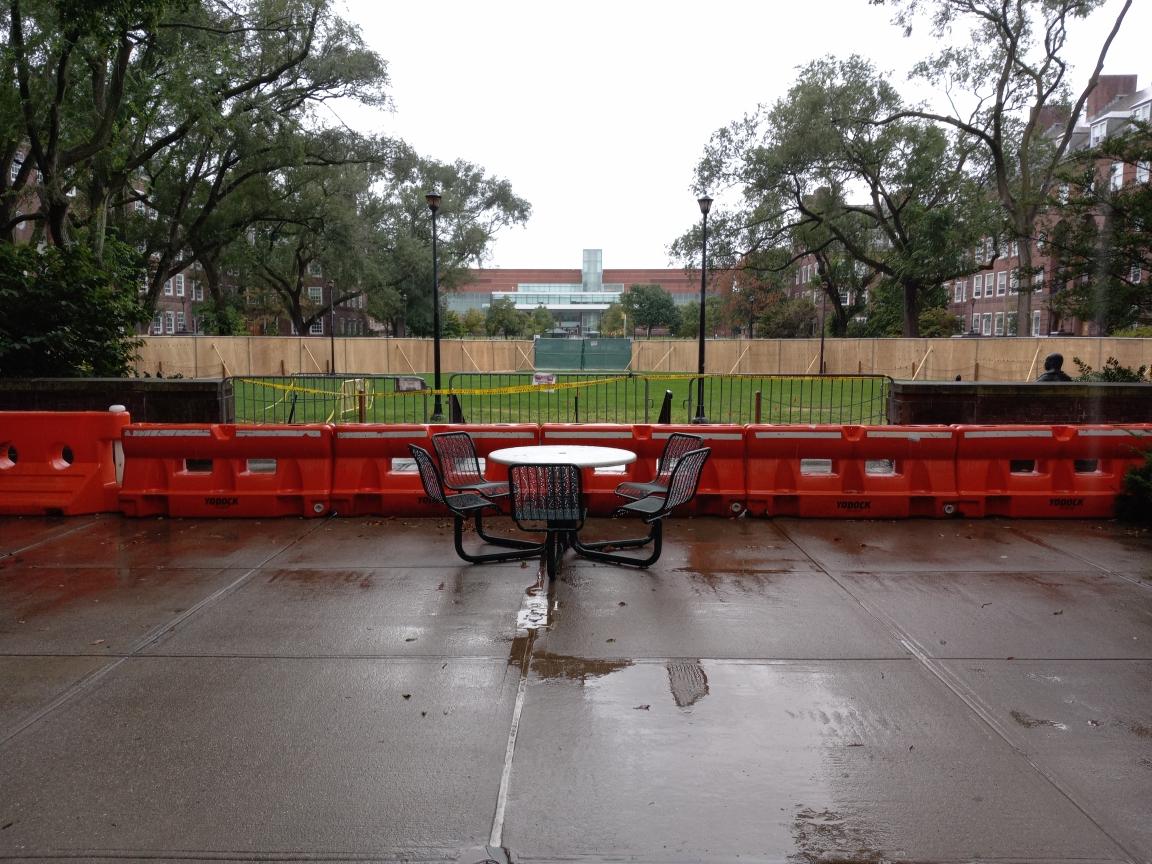 The East Quad is currently under construction./Gabriela Flores

When Hurricane Ida swept through the northeast on Wednesday, Sept. 1, Brooklyn College was not immune from the flooding and transportation delays throughout the area.

In the days after Hurricane Ida, the Brooklyn College campus was closed to students, and in-person classes were either canceled or held remotely. This was due to the immediate concerns brought by the storm.

“Brooklyn College and some other CUNY campuses closed on Thursday, September 2 except for essential workers due to the storm and the challenges associated with public transportation,” Alan Gilbert, the Senior Vice President for Finance and Administration, told The Vanguard. “We remained closed on Friday, September 3, because there were no classes, and this allowed us to continue clean-up efforts.” 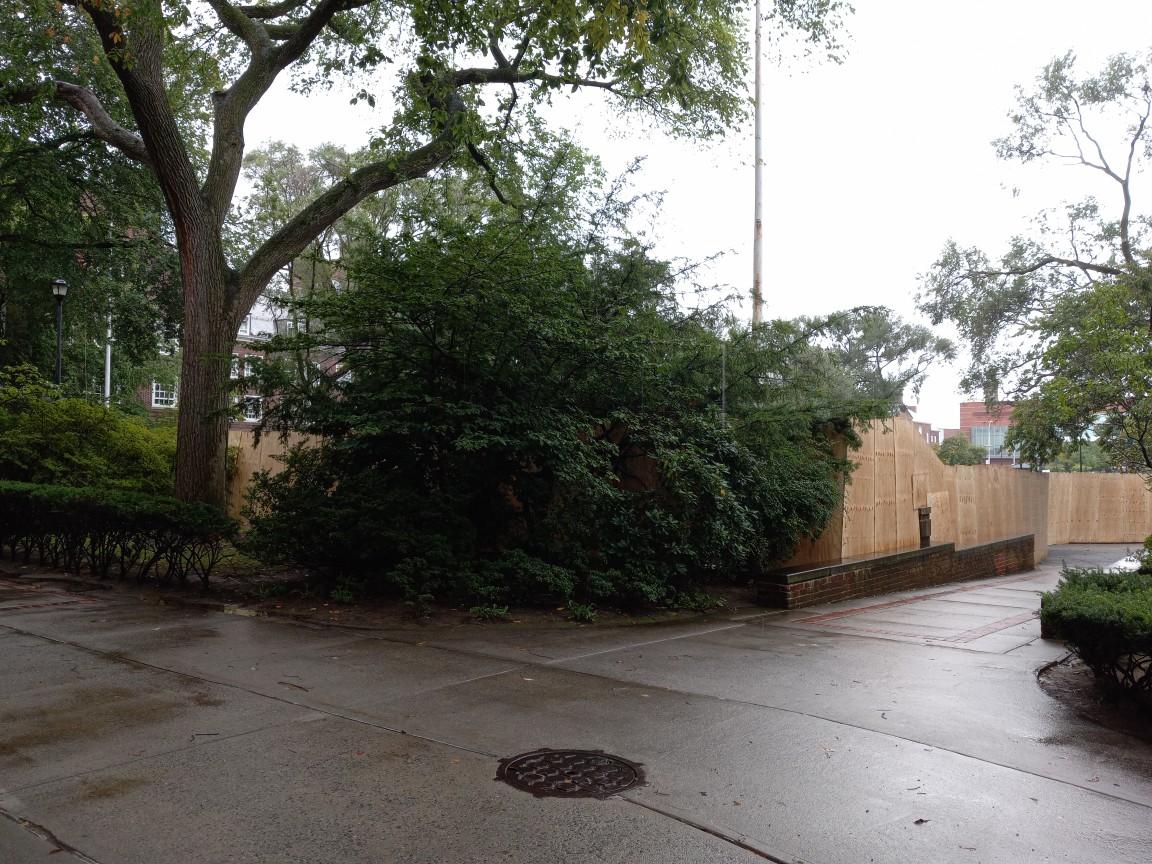 As seen in videos on social media, the flooding was several feet high in some areas, and nine lives were lost throughout New York City as a result, according to Patch.com. This included a 66-year-old man from Brooklyn, who was later found dead in his apartment in Cypress Hills.

There were no major losses reported at Brooklyn College, and the campus has since reopened for in-person classes, but the lower level of the library will remain closed for the time being.

“The lower level of the Library Building remains closed as we work to replace the carpet with floor tiles,” added Gilbert.

The Brooklyn College campus is also undergoing some additional construction on the East Quad, with its perimeter boarded up with wood and closed off with barricades as a result. It is unclear at this time if the construction was due to damage from the storm or if it had been previously scheduled.

The Vanguard will continue to update readers as information is made available.